Help Save The Right Whales

Many Floridians - natives and newbies alike - are surprised to discover that you can spot whales right off our beaches during the winter months. Right whales travels over 1,000 miles south from the coastal waters of New England and Canada to the shallow coastal waters of north Florida to give birth to and nurse their young - and every year residents and snowbirds alike flock to the coast for an opportunity to catch a glimpse of these majestic creatures.  Unfortunately, these opportunities are becoming exceedingly rare. The North Atlantic right whale is one of the world’s most endangered large whale species, with as few as 330 left in the ocean. So, what is driving this species to the brink of extinction? You guessed it – people. 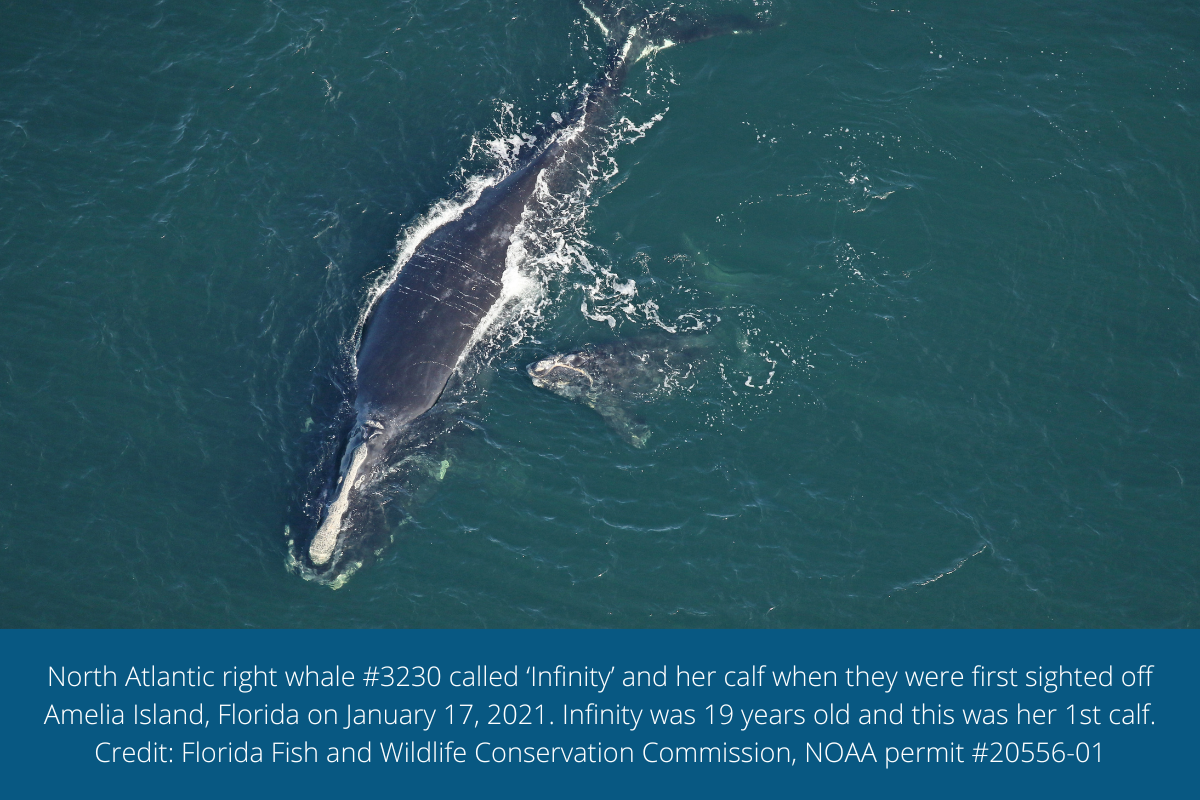 Humans have presented a threat to right whales for as long as we have known they existed. In fact, right whales were thusly named because in the early 1890s they were considered the “right whales” to hunt.  Right whales have been protected from hunting since 1949, but now fishing gear entanglement and boat strikes pose the greatest hazards to these animals. In fact, just last year a right whale calf and its mother were struck by a 53' charter fishing boat right here in St. Augustine. The calf was confirmed dead when its body washed up on St. Augustine Beach the next day. The mother was subsequently spotted with injuries consistent with a boat strike, but has not been seen since, and is assumed dead as well. Because less than a quarter of right whales are breeding age females and they only give birth around once every 10 years, the species is dying faster than they can reproduce. 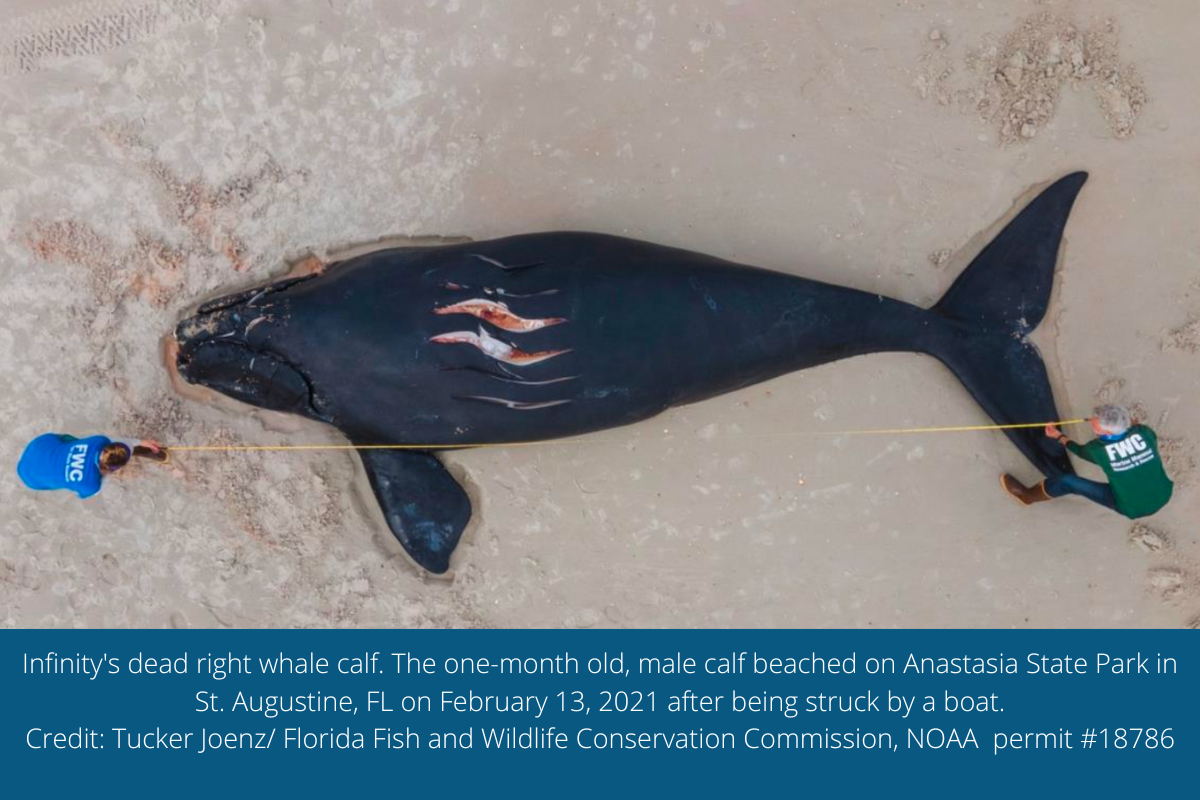 Nursing whales spend the majority of their time at or a few feet below the surface of the water, leaving them more susceptible to human interference and vessel strikes. There are rules in place creating seasonal speed zones to protect breeding and nursing right whales off some parts of Florida's coast, but currently these rules only apply to vessels over 65' in length and the speed zones only extend down into St. Johns County near Crescent Beach. However, in recent years right whales have been regularly spotted further south through Flagler County and beyond and vessel strikes involving boats under 65' have become increasingly common, illustrating a need to expand these protections. 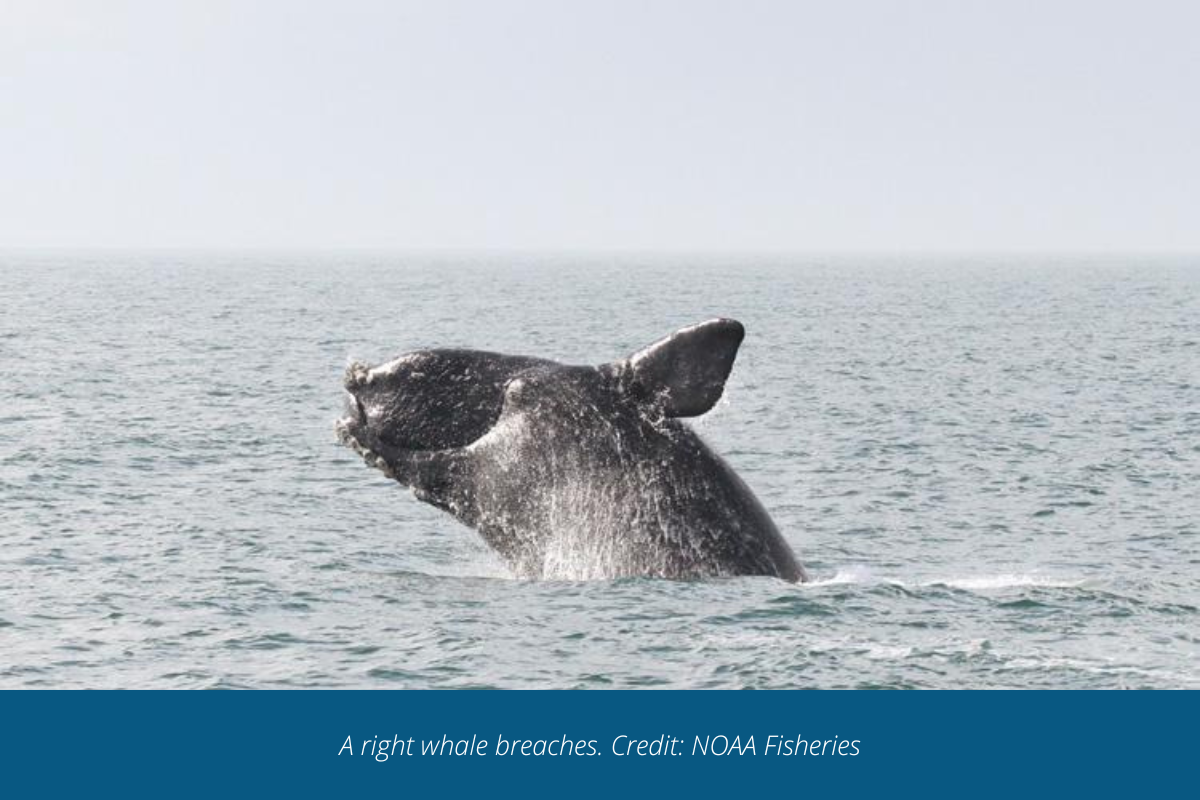 Because the North Atlantic Right Whale is facing extinction, we are urging The National Oceanic and Atmospheric Administration’s National Marine Fisheries Service (NMFS) to adopt stronger protections for these gentle giants. NMFS has drafted a proposed rule which aims to reduce the risk of vessel strikes to critically endangered North Atlantic right whales, but we need your voice to help to ensure that the rule is adopted. If adopted, the new rule would:

We are urging NMFS to act quickly and implement a strong final rule that better protects North Atlantic right whales from vessel strikes before this winter's breeding season. The new rules should expand the times and areas where mandatory speed limits are required, include vessels 35' and greater, and increase enforcement of speed limits. We need YOUR VOICE to help save right whales from extinction. Send comments to NMFS now through October 31st urging them to adopt stronger protections for right whales.