At a City of St. Augustine Planning and Zoning Board (PZB) meeting conveniently scheduled on the evening of July 3rd, developer DR Horton presented a proposal for a Planned Unit Development (PUD) for Fish Island to the Board and a handful of members of the public who were willing to sit through a public hearing the night before a federal holiday. Fish Island is located to the south of the 312 bridge on the Anastasia Island side. As the name suggests the property is almost entirely surrounded by water which means that every alteration made to this property is going to directly affect our water quality. The PUD application is seeking approval to clear cut and fill most of the island and eliminate the requirement for protective upland buffers in order to make way for 170 single family homes crammed onto lots averaging 40 feet in width with only five-foot setbacks between them.

Fish Island is named for Jesse Fish who acquired the property at the end of the First Spanish Period (1763) and lived there until his death in 1790. The island contains archeological remnants of his home as well as the site of Fish’s burial. A report from Environmental Services Inc., commissioned by the developer downplays the archeological value of this site by stating that this portion of the property is not eligible for listing in the National Register of Historic Places. In fact, Fish Island has been listed in the National Register of Historic Places since 1972. The Developer’s PUD application would ostensibly set aside the archeological site for a public park, but the community would be gated and vehicular access would only be granted to residents. 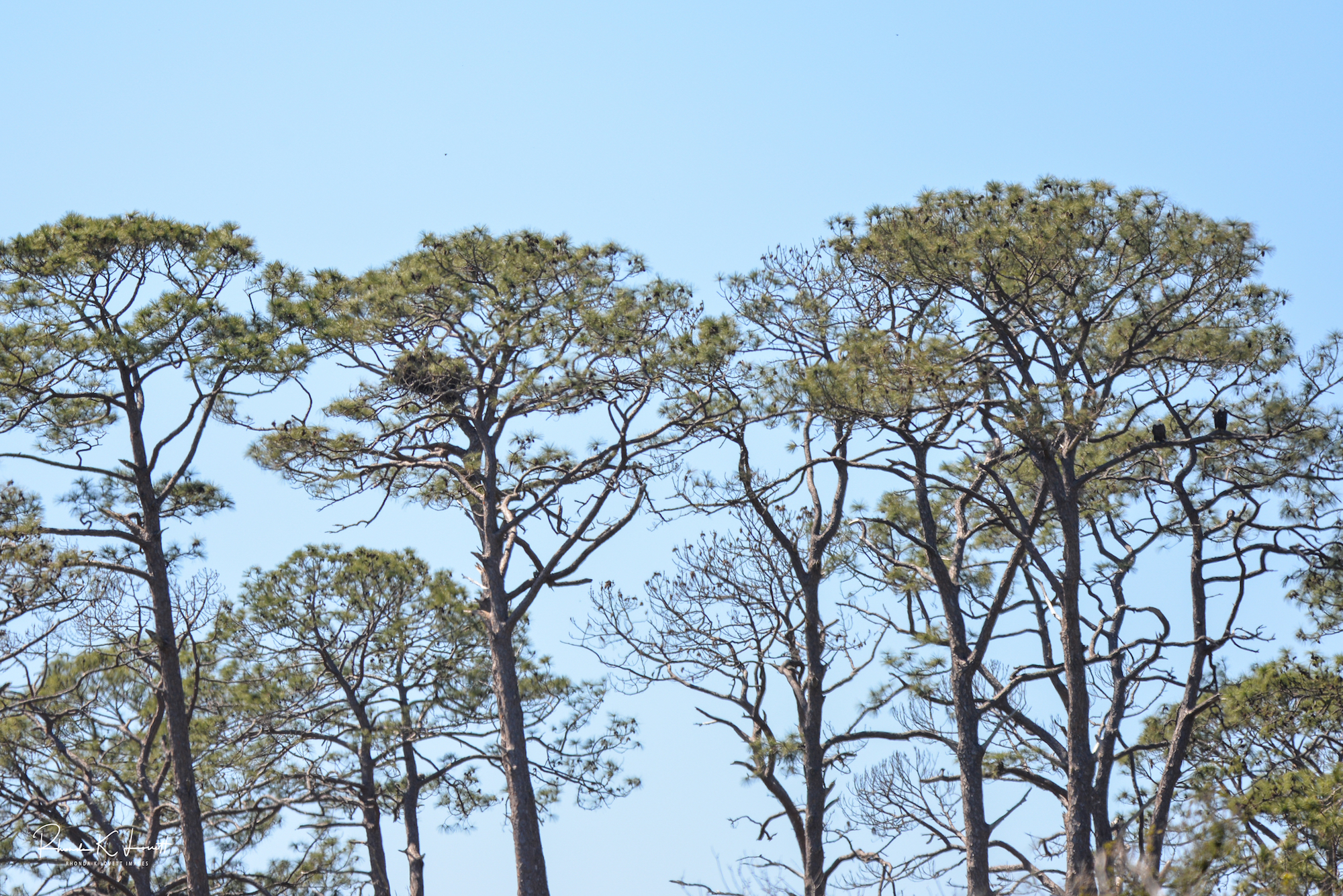 As many of us know, Fish Island is home to a pair of bald eagles who return to the nest there year after year. When concern about the fate of the nest was brought up at the developer’s neighborhood meeting in March, representatives from DR Horton insisted that the nest had been abandoned despite multiple accounts to the contrary. At the PZB meeting, the developers presented a report prepared by Carter Environmental Services which claimed that “no recent activity has been observed in the nest.” With the help of St. Johns County Audubon and St. Johns County environmental employees, we were able to present photographic evidence that the nest was in fact used by a pair of bald eagles which actually fledged an eaglet there this past spring. In light of this evidence, the developer has offered to maintain a 100-foot buffer around the nest tree. Unfortunately, this buffer falls woefully short of the 660-foot buffer suggested by the U.S. Fish and Wildlife Service and the 750-foot buffer required by St. Johns County. (Since this parcel has been annexed into the City of St. Augustine, the County regulations do not apply here.) Additionally, if the rest of the island is clear cut and filled, the 100-buffer around the tree will be the lowest point on the island and will accumulate water which would likely drown and kill the tree anyways. Ironically, a segment of marsh area between Fish Island and Anastasia Island is currently protected by a conservation easement which was imposed as a sanction against a previous developer for cutting down another tree with a bald eagle’s nest in it.

Unfortunately, Fish Island is already zoned for development. As a result of a lawsuit in the late 1990s, Fish Island plus several smaller parcels, were collectively given development rights for 455 residential units. DR Horton is seeking the PUD to build a lesser number of units on the property, but also to remove the protective environmental regulations currently in place as well as the setback and buffer requirements. Although this property is currently zoned for development, it is extremely ill-suited for it. Not all growth equals progress. Development needs to steered away from environmentally sensitive areas and floodplains and towards places where adequate elevation and infrastructure already exist to support it. The low elevation and proximity to marsh makes this property susceptible to flooding. The fact that it is surrounded by water means that all of the pollution generated by the development (fertilizer, pesticides, etc.) will runoff into the Matanzas River. Its location immediately adjacent to the 312 bridge will exacerbate traffic issues. This is not the right place for development.

At this point, the proposal is scheduled to go before the City of St. Augustine Planning and Zoning Board again on August 7th at 2:00 PM. At that time the Board will make their recommendation on the PUD to the City Commission. The City Commission will make the final decision on the PUD application and may choose to agree or disagree with the Board’s recommendation. That date of the Commission meeting has not yet been finalized. While this issue has generated a lot of outcry on social media, our voices will not be heard unless we direct them to the decisionmakers in our community. I encourage you to write an email to the City Commission or come out to the PZB meeting and make your comments directly to the Board. This is our water. This is our community.

More information about the development proposal can be found in this article from the St. Augustine Record as well as the Matanzas Riverkeeper's response to this proposal.

St. Augustine Planning and Zoning Board: