An estuary is where saltwater and freshwater meet. Estuaries are diverse habitats that are home to many incredible plant and animal species. In the spirit of Halloween, we want to talk about the scary things happening in our local estuaries and what you can do to help protect what you love from these threats. 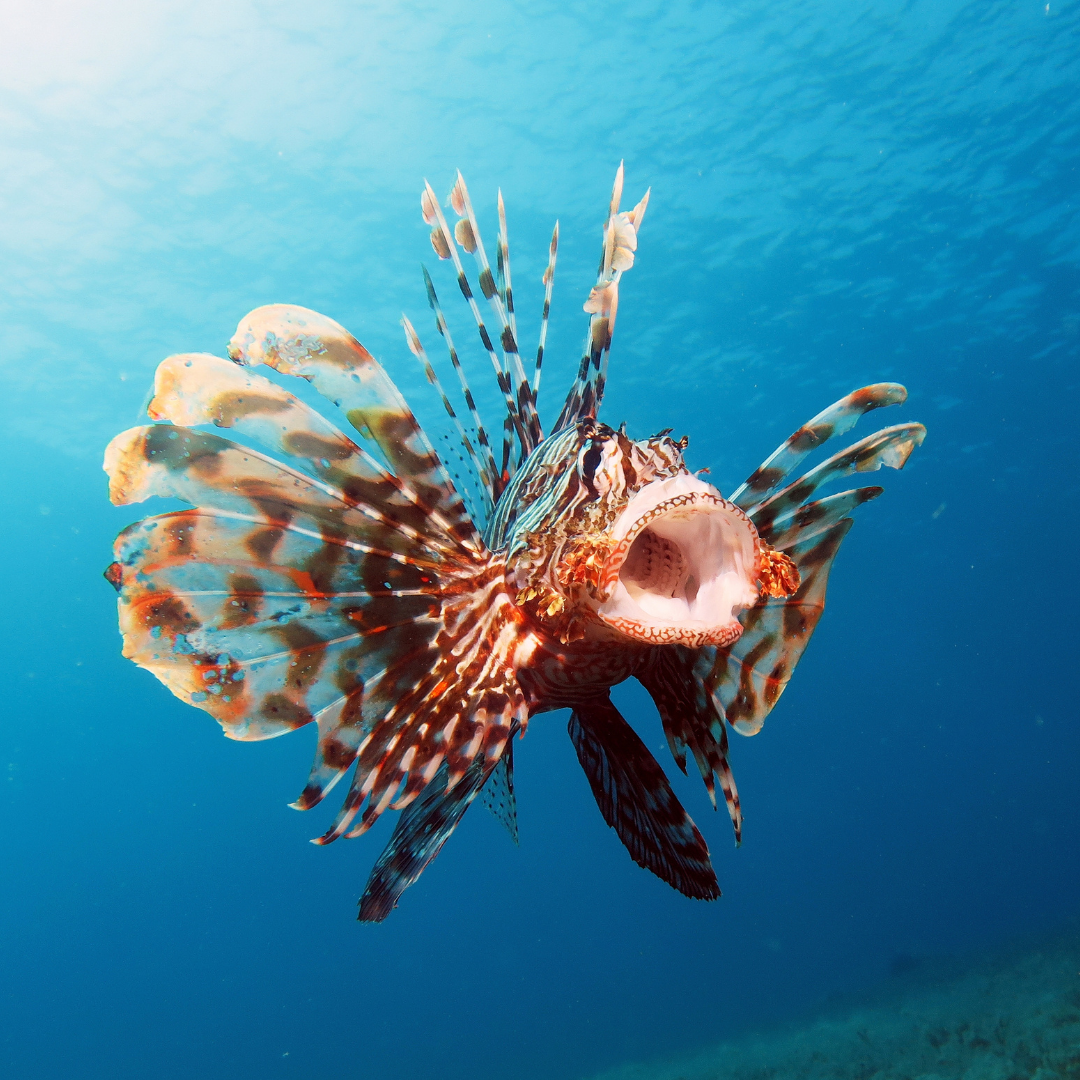 Lionfish are a tropical predatory fish from the Indo-Pacific region. They were introduced into Florida waters in the 1980s and are an invasive species that have established populations in Florida waters. Lionfish are hardy, have no natural predators, and feed on native species. Their venomous spines protect them from being eaten by other marine animals.

Participate in the Florida Fish and Wildlife Conservation Commission sponsored Lionfish Tournament and help remove these fish from our waters. Learn more here. 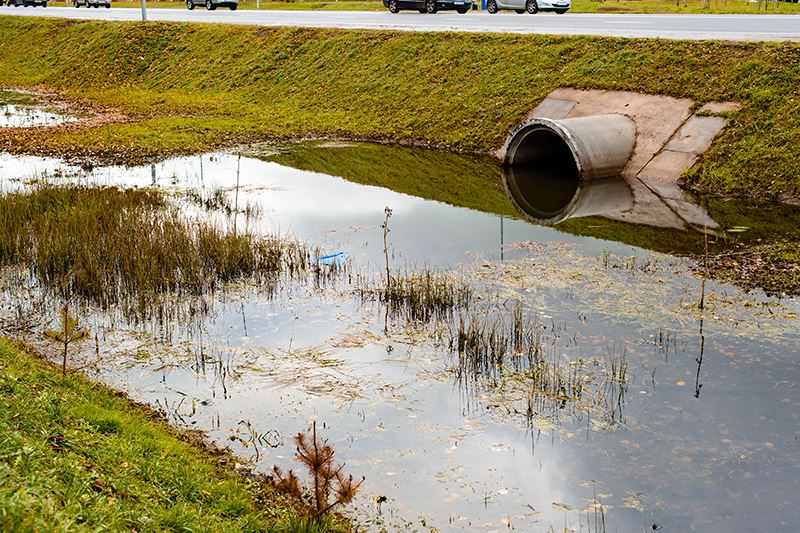 Another major impact to the Matanzas River and its tributaries is runoff. Runoff can come from a variety of sources such as homes, construction sites, farms, stormwater conveyances and parks. When the rain comes, washing over these places, the runoff can pick up sediment, animal waste, fertilizers and other pollutants creating runoff that can hurt the Matanzas River. According to the Florida Department of Environmental Protection, many sections of the Guana, Tolomato, and Matanzas Rivers, as well as their tributaries suffer from increased amounts of nitrates, nutrients, and E. coli which not only harms the fish and wildlife but it harms us as well. 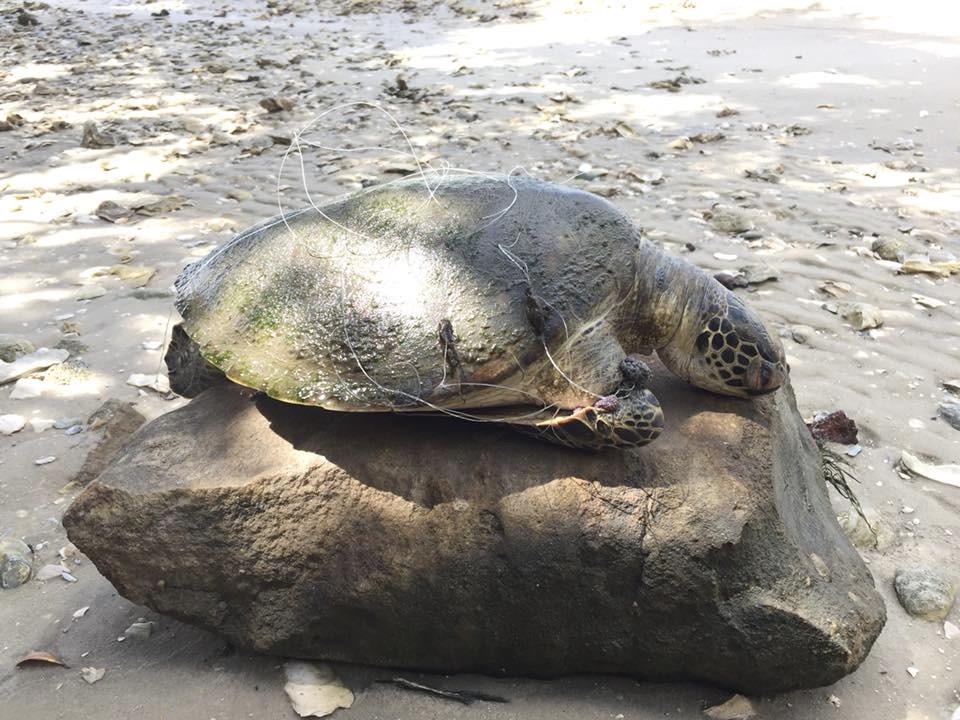 Discarded fishing line, released balloons, and other litter put wildlife at risk of injury and death when they end up in our estuaries. Ribbons from balloons and fishing line become wrapped around birds, sea turtles, and other animals causing circulation to be cut off or causing the animal to become entangled and drown. Items that have ended up in the environment as litter, such as popped balloons and single-use plastic, are often mistaken for food by animals and ingested where it can cause intestinal blockages. Plastic litter breaks down into smaller and smaller pieces, called micro-plastics, that can be consumed by small fish and filter feeders like oysters and clams. Since these items cannot be digested, consumption leads to digestive blockages and eventually death. 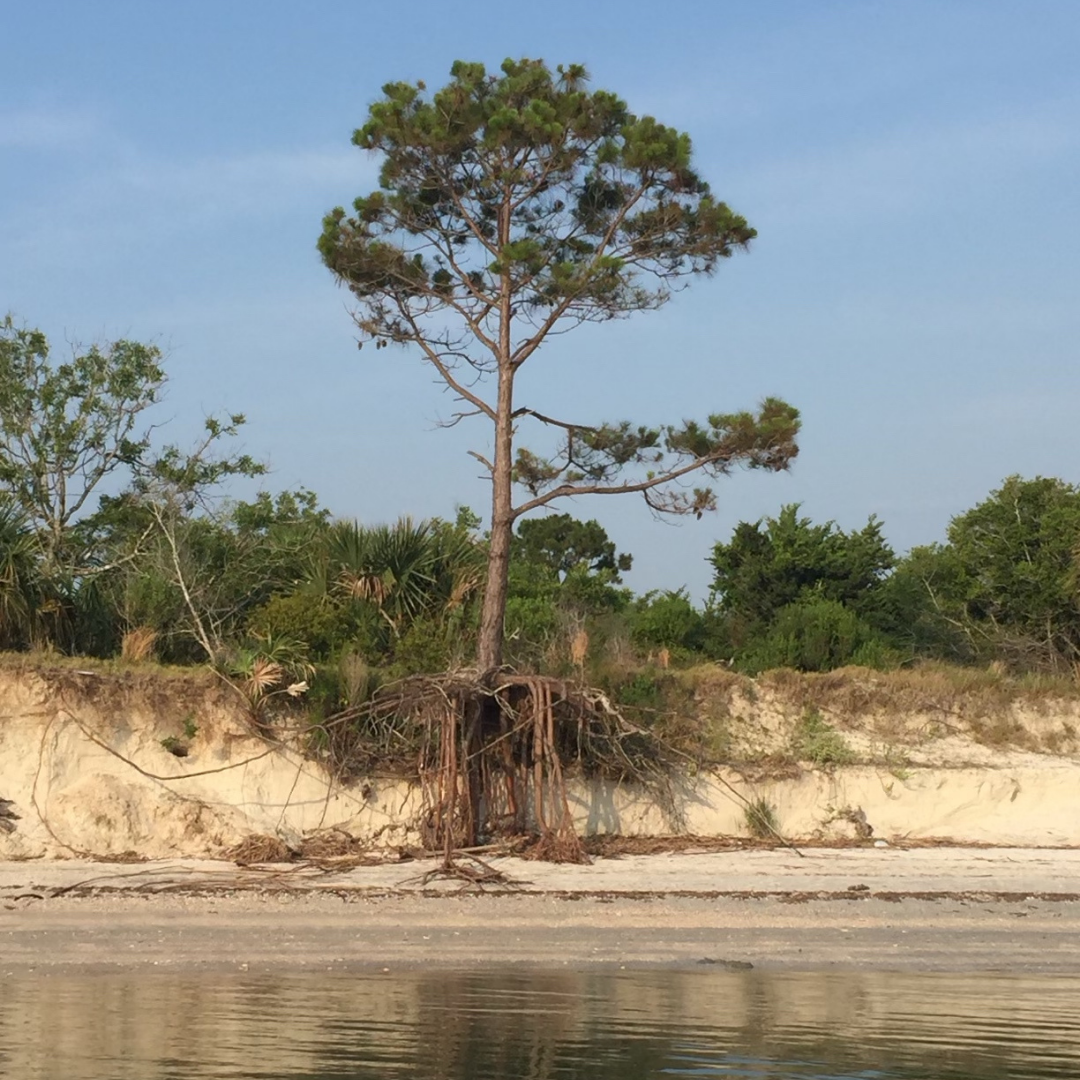 Coastal erosion is the loss of shoreline leading to the degradation of wildlife habitats, recreational opportunities, cultural resources, and adjacent development. With climate change, human impacts, and natural processes, the loss of shorelines caused by coastal erosion is accelerating. This is an issue not only along the beaches, but in the Matanzas River estuary as well. The wave energy from repeated boat wakes can erode shorelines, dislodge vegetation, and damage oyster beds. Oysters can also be disturbed by boat wakes which causes them to close up and stop feeding, thus depriving them of vital nutrients that they need to grow. When erosion occurs next to a seawall, marsh grasses and intertidal habitat are not able to migrate landward and begin to disappear - a phenomenon called "coastal squeeze."