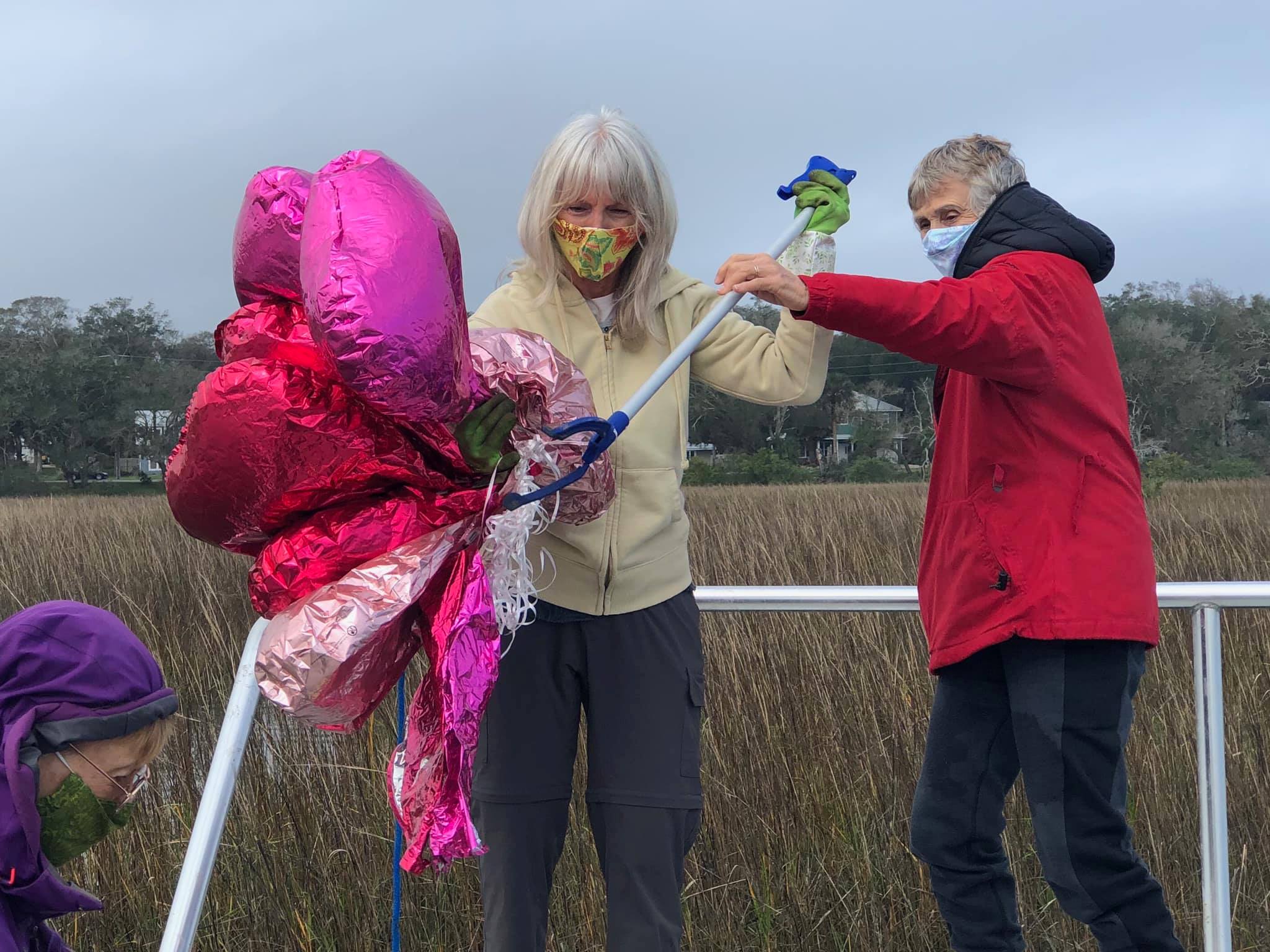 What goes up, must come down. This exactly what happens when people release balloons - often as a part of a celebration or memorial service - they fall back down to earth and end up in our local waterways or on the ground as litter. Balloons are a commonly found item by volunteers on our Litter Gitter cleanups.

Balloons present a deadly hazard to wildlife when they end up in our waterways. Popped balloons resemble jellyfish and are often consumed by birds, sea turtles, manatees, and other animals, causing serious health issues when they become stuck in an animal’s digestive system. Ribbon and string from popped or deflated balloons can cause entanglement or death.

Current state laws allow a person to intentionally release up to 9 helium balloons per day, allowing hundreds of balloons to litter our natural areas. Luckily, many cities have begun to pass ordinances that prohibit balloon releases. At the suggestion of Commissioner Barbara Blonder, the City of St. Augustine just passed an ordinance banning balloon releases and we are urging the City of St. Augustine Beach and St. Johns County to do the same.

How You Can Help

Click here to print and sign this petition from our friends at N.E.S.T. (Never Endanger Sea Turtles) to support a ban of intentional balloon releases outdoors in St. Johns County. Signed petitions should be mailed to N.E.S.T., P.O. Box 2111, Ponte Vedra Beach, FL 32004 or dropped off at the Matanzas Riverkeeper office.